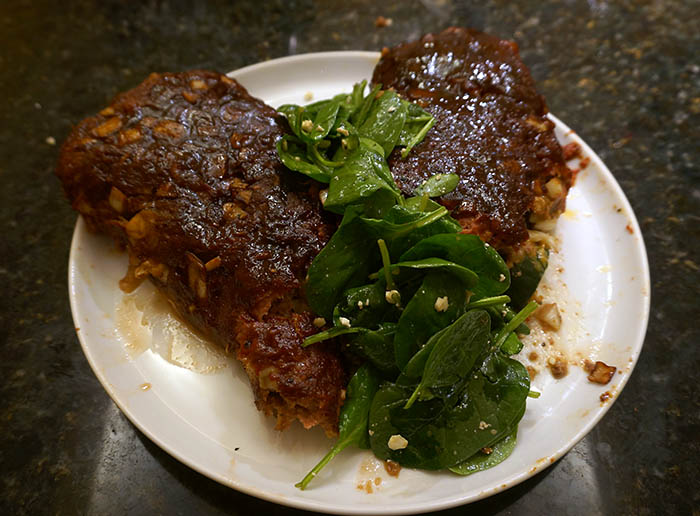 Looking for the ultimate BBQ meatloaf recipe?  Wondering how to get it perfectly done with the right internal meatloaf temp?

Look no further, you’re in the right place!

Phew!  That’s a mouthful, but I don’t know what else to call it and still get the meaning across.  I got the idea for this recipe from a Mexican-Style Beef Roulade I once made as a Guest Chef at a local restaurant.

Beef Roulade is thinly sliced beef that you stuff with flavor ingredients, roll up, and cut.  When you cut into it, all those tasty bits come oozing out.  But while the meat is cooking, they’re infusing their flavors throughout and keeping the meat moist if you’ve chosen the right stuffing.

The stuffing of cheddar cheese, mild chili peppers, and bacon really add flavor together with the BBQ-style seasonings.  It’s your choice whether to kick the taste up a whole ‘nother step by smoking it (I did mine!), or if straight up grilling is more your cup of tea.  Either way, you’re going to be very happy with the flavors that come out to play.

When I served this to a group of friends the table got seriously quiet and only 1 serving emerged for leftovers.  It was definitely a hit! 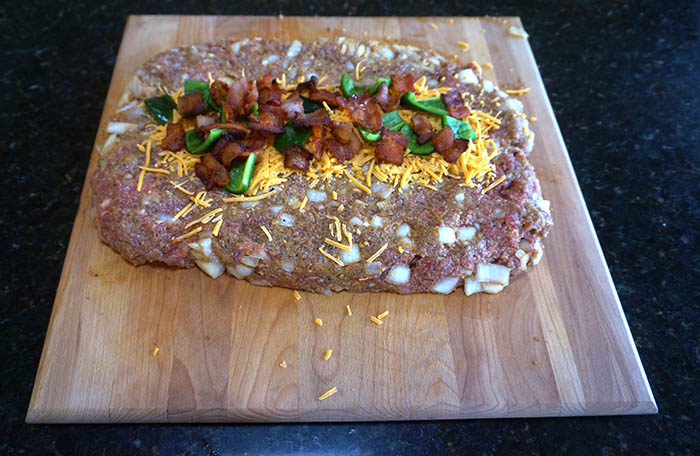 Add the ground beef and sausage and knead the mixture together until well combined.

Mold the meat into a flat rectangular shape.

Add the stuffing in the center and then roll up to form an elongated cyclinder.  The more surface area relative to internal volume, the easier for the smoke to penetrate.

Tip:  I don’t show it in the picture above, but put down a big piece of cling wrap under the meat.  After you’ve laid the stuffing on in the center, use the wrap to roll the meatloaf into a cylinder.  Not only is it easier to work with, but you’ll get a prettier cyclinder and you can press all the air bubbles out.  I got this tip from my good friend Chef Michael Clark who walk in right after I had taken the picture.

Place the meatloaf onto a baking pan–not the traditional loaf pan.  Especially when smoking, I want to give the smoke access to all sides rather than using a deep loaf pan that only exposes the top as one normally uses for meatloaf.

Last step is to sprinkle the BBQ rub all over the surface of the meat.

Get your smoker or BBQ up to 300 degrees. You can cook a ground meat dish like this pretty fast and it’ll take on plenty of smoke.

Once the smoker is up to temp, place the meatloaf in the smoker.

Smoke for 2 hours or until internal temp reaches 160F degrees.  Start glazing with the BBQ Sauce & Apple Juice Mixture for last half hour or when it reaches 140F to keep it moist and build a flavorful crust.

Be sure to check temps in several places along the length of the meatloaf when judging whether it is truly done.

BBQ’s and Smokers can be pretty inconsistent.  If you’re a person who can just tell by touch how done meat is, you may not need this tip.  I much prefer a little more scientific method, so I use a neat Chef’s meat thermometer called a ChefAlarm: 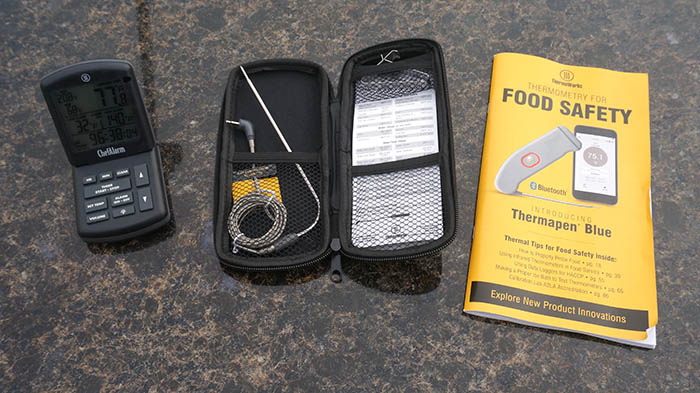 I got mine direct from Thermoworks for $59, and you can’t get them elsewhere.  They come right out and say if you buy one from somewhere else they won’t honor the warranty.

This thing is awesome, especially for BBQ and Smoker work.  It reads instantly, is super easy to use, can set temp alarms, but the best thing is probe can take temps up to 700F!  So, you can stick it in the meat, snake it under the BBQ lid, and it’ll track your meat’s progress.

On a meatloaf like this, you can cook it to perfection every time with a ChefAlarm–it takes all the guesswork out.

Traditional US-style meatloaf became popular during the GReat Depression, because it was a way to provide a flavorful dish for the family while stretching an already too-tight food budget. German Falscher Hase (“mock hare”) became popular in the wake of World War 2 when things were similarly depressed and German housewives wanted to serve something good.

You can find meatloaf all over the world in various forms and with a wide variety of ingredients.  Stuffing meatloaf with hard boiled eggs is common in many places for example.

Calories in Meatloaf and Meatloaf Nutrition: Is Meatloaf Healthy?

Here’s the raw data from Wikipedia on Meatloaf Nutrition and Calories in Meatloaf:

A hundred grams is less than a 1/4 lb, and I know I’m not eating meatloaf and taking less than 1/2 lb (LOL), so figure 300 calories.  Stuffing with cheese and bacon no doubt adds a few more calories, I figure maybe we’re talking 350’ish?

For comparison, a steak the same size has about 540 calories, so the meatloaf has fewer calories than a big steak.  I have to say, I find a great meatloaf like this one just as satisfying as the steak.  It just has so much flavor.

Most health nuts are going to feel that there’s too  much fat and sodium for Meatloaf to be viewed as a health food.  But it’s so darned good!